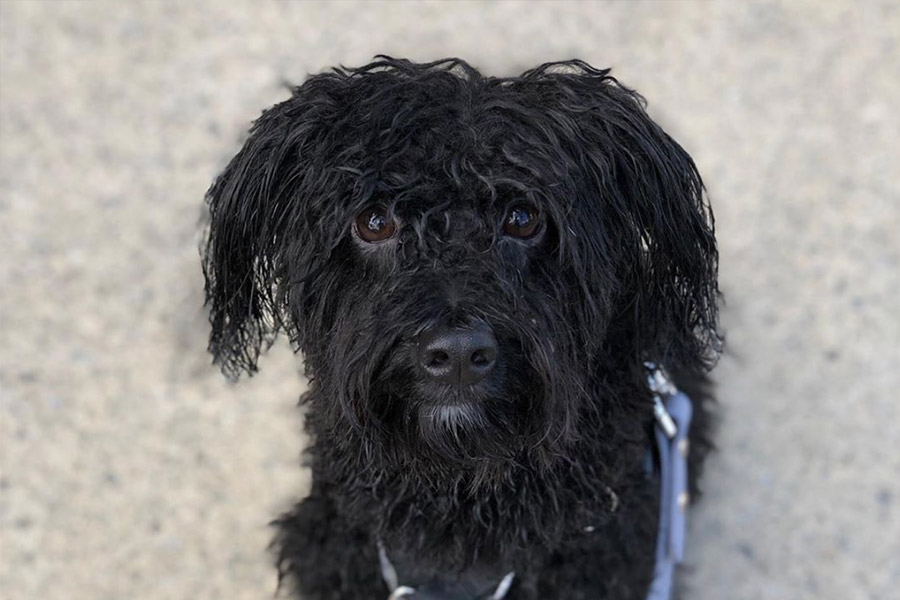 Pomapoo are one of the lesser known varieties of Doodles.

There’s a good chance you’ve met a Goldendoodle or a Labradoodle but the odds are you’ve never heard of a Pomapoo.

In fact, you may not know what a Pomapoo is: they’re a cross between a Pomeranian and a Poodle.

The result is a relatively small cross breed that can make excellent companion pets within a family setting or for senior dog lovers.

Pomapoo could have hypoallergenic qualities given the influence of the Poodle parent, which is a breed that doesn’t shed a lot.

Just like any other purebred or cross breed, the Pomapoo can have some pros and cons that pet parents will need to consider.

In this article, we’re going to hear from some Pomapoo owners to hear what they consider to be the pros and cons of this Poodle cross.

We spoke to Ziggy (@ziggy.the.pomapoo), Chester (@pomapoochester) and Teddy (@mrteddy_pomapoo) to learn more about the Pomapoo. 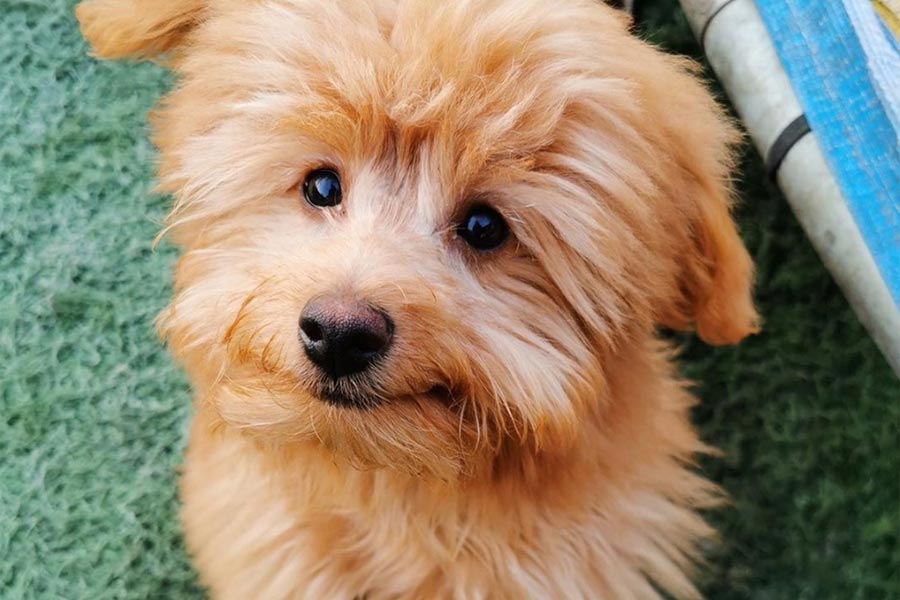 Pomapoo can make excellent companions given the Pomeranian is considered a quintessential example of a companion breed. Pomeranians are sometimes dubbed velcro dogs as they’ll often follow their pet parents around the home like a permanent shadow. While they’re likely to form a good bond with all the members of the family, they can often become particularly attached to one member of the household. This is a trait that is often seen with Spitz-type dogs such as the Pomeranian.

Emma revealed that her Pomapoo Ziggy is affectionate and likes to be around his fellow family members.

He’s very very snuggly and loves to play and learn. But like any puppy, he has his wild moments where he just wants to chew my hands and chase my feet!

If you’re a dog lover that lives in an apartment or home with limited space in a city or capital, the Pomapoo could be a good fit for you. They’re usually small dogs that are easy to accommodate in an apartment provided they do get some mental and physical stimulation every day. The Pomapoo will usually be between eight and nine inches tall or weigh between five to 14 pounds.

Teddy is eight months and this little Pomapoo pup only weighs 5 kilograms.

Teddy is eight months old and he’s about five kilograms. Teddy is 12 inches tall and he isn’t expected to grow much bigger.

Emma went on to give us an insight into the size of her Pomapoo called Ziggy.

Ziggy is currently tiny! He’s only 9 weeks but he’s a quarter of the size of our two cats. He will stay pretty small as his dad is a Pomeranian and his mum a Miniature Poodle.

The Pomapoo could have some hypoallergenic qualities given the influence of the Poodle genes. The American Kennel Club describes the Poodle as one of 19 breeds that could be suitable for someone looking for a dog with a hypoallergenic coat. The Pomeranian, on the other hand, will usually be a moderate to high shedder. As with all cross breeds, there’s no guarantees that a Pomapoo won’t shed at all. They could shed a little. It’s worth pointing out that there are other allergens than purely dog dander and dog hair. For example, dog salvia or urine could trigger a person’s allergies, while your Pomapoo could bring allergens into the home from outside, such as pollen.

We asked Jasmine about Chester and whether she believes he has a hypoallergenic coat.

They are generally non-shedding and good for people with allergies.

We put the same question to Emma with regards to her Pomapoo, Ziggy.

As his mum is a Poodle, I believe he is. Considering how fluffy he is, Ziggy never leaves any fur or fluff anywhere.

Pomapoo can make excellent family pets in the right setting. They’re usually affectionate, friendly, playful and sociable little canines. It’s a good idea to socialise and train your Pomapoo from a young age to give them the best possible foundation to develop into a balanced and sociable dog. Pomeranians can be skittish so that’s a trait a Pomapoo could inherit. Their small size means they might be suited to families with mature or older children. You should never leave your dog alone unsupervised with children.

Ziggy’s mom revealed that her Pomapoo loves being around her young daughter.

Ziggy is a great addition to our family. Our daughter is four and loves his cuddly and playful ways. He has been very loyal and loving since day one.

While Pomapoos aren’t as big as Goldendoodles or Labradoodles, they’ll still need sufficient exercise every day. Professional dog walking website Wag Walking writes that a Pomeranian Poodle cross needs around 40 minutes of exercise a day. Pomapoo owners will need to commit to regular short walks or trips to the dog park. Pomapoos can do particularly well at agility exercises given they’re small and compact.

Jasmine gives us an insight into her Pomapoo’s exercise needs.

They are great companion dogs that can be athletic enough to participate in dog sports and outdoor adventures depending on their size. 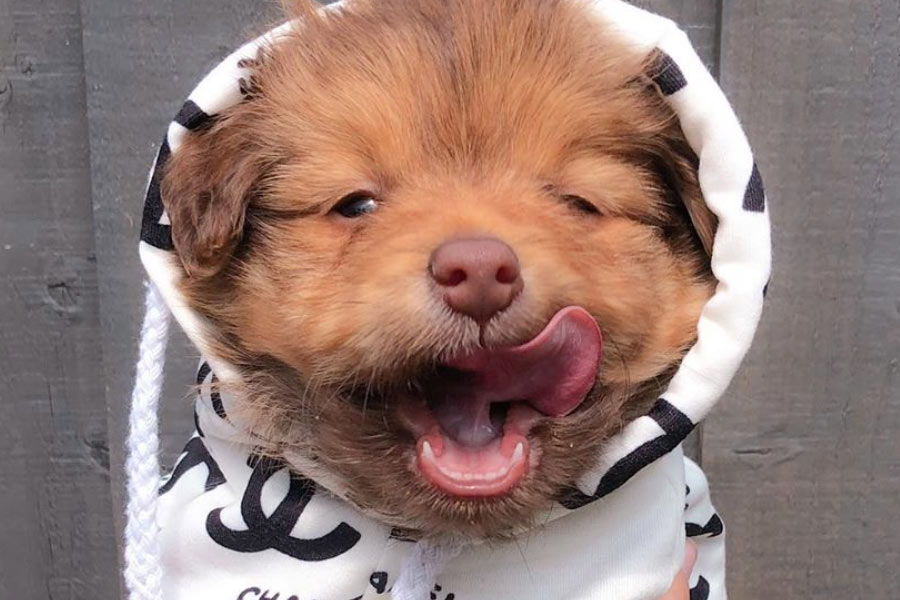 Like we mentioned above, there’s a possibility that your Pomapoo won’t shed a lot. Having said that, you’ll still need to commit to a regular grooming schedule given a Pomapoo can have a coat that grows to a long length. Their coat could be straight or curly depending on whether they take after their Pomeranian or Poodle parent. Nevertheless, it’s a good idea to brush your Pomapoo on a daily basis if possible. By doing so, you can prevent their coats from becoming tangled or matted. You may prefer to hire the services of a professional dog groomer to get the job done as well as trim your Pomapoo’s coat.

Chester gets groomed approximately every two months. A full groom generally costs $70-$90 CAD where we live.

While the size of most Pomapoos mean that this cross breed won’t make effective guard dogs, they can make excellent watch dogs. The Pomeranian, like other Spitz breeds, are usually quite alert. They’ll be quick to raise the alarm if they see someone approach the door. This is a trait that a Pomapoo could potentially have. However, you’ll need to make sure this doesn’t result in excessive barking. Some Pomapoo owners that we spoke to mentioned barking as a potential con.

Teddy’s owner admitted that this cute Pomapoo has started to bark more frequently.

Over the past couple of months, he’s developed a fondness of barking. He barks mostly when he wants something, i.e when he sees another dog he wants to play with, when getting treats out of bags etc!

Pomapoo are one of the rarer members of the Doodle family. If you’re interested in this particular mix, you should first contact your local rescue shelter to learn more. They may have a member of the cross breed who needs to be rescued. Alternatively, you may find a breeder but it’s probably unlikely. Aside from the initial cost of adopting a Pomapoo, there are monthly costs such as dog food, pet insurance, vet costs to consider.

As we touched upon above, Pomapoo are quite small so they can prove to be delicate pets. For that reason, the smaller members of this cross breed will need to be handled with care. They may not be suited to a home with dogs that are boisterous or children who are too young to understand how to properly handle a Pomapoo.

Ziggy’s mom Emma doesn’t consider it a con but admitted she has to tread carefully.

I honestly can’t think of any cons at the moment – other than having to step very very carefully as he is always following me and very small.

Some dogs can be picky dogs irrespective of breed or mix. The Pomapoo is no different. Some Pomapoo can be quite fussy when it comes to their food. In my experience, Spitz-type dogs do sometimes show a pickiness with their meals. If you’ve encountered this problem, you may find it useful to check out some of the best dog food delivery options in the USA available right now (click here for the UK options).

Emma explained that her Ziggy likes biscuits but has been picky with other food.

So he’s always been happy with his Royal Canin biscuits. I thought I would mix up his meals with some Lily’s Kitchen wet food and he loved it the first few days but suddenly stopped eating it. I’ve since tried some raw food and others brand and he’s turned his nose up too. So we’re sticking to the biscuits for now! 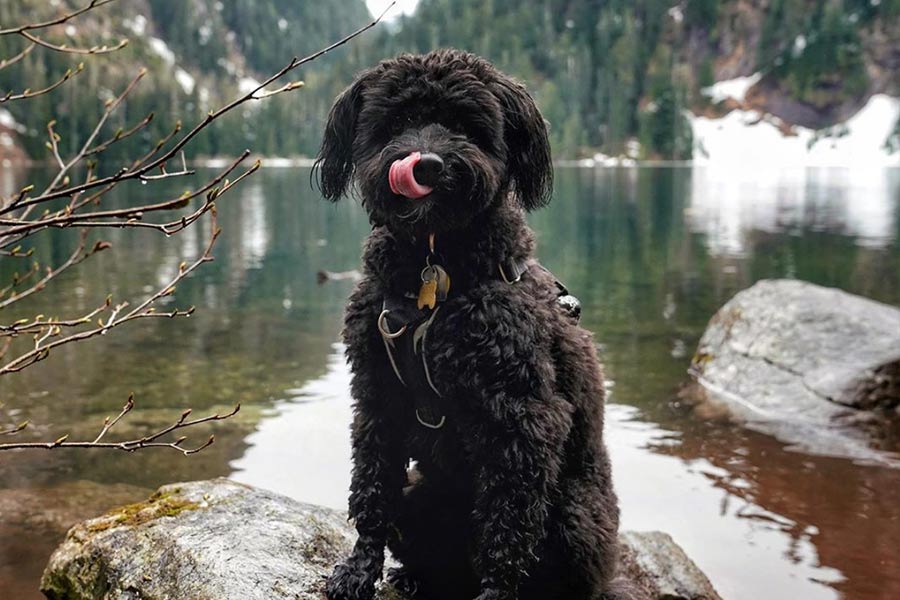 We must underline that each Pomapoo can display different traits that they’ve inherited from their Pomeranian or Poodle parents.

If you’re thinking about getting a Pomapoo, we recommend that you approach with caution breeders who make claims about this particular cross breed.

We find that talking to Pomapoo owners on social media platforms such as Instagram can be an excellent source of information about the cross breed. 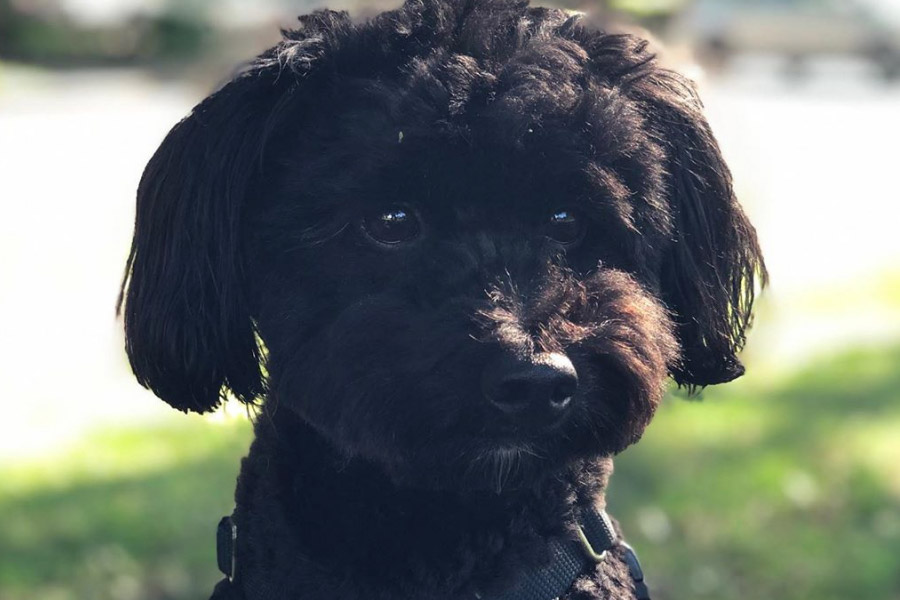 We’ve reached the end of our Pomapoo pros and cons feature.

They’re a cross between a Pomeranian and a Poodle that inherit different traits from each parent.

The Pomapoo can be an excellent choice for a companion pet or a family pet if you’ve got the right circumstances.

They’ll need regular exercise and mental stimulation – and they can excel where agility is concerned.