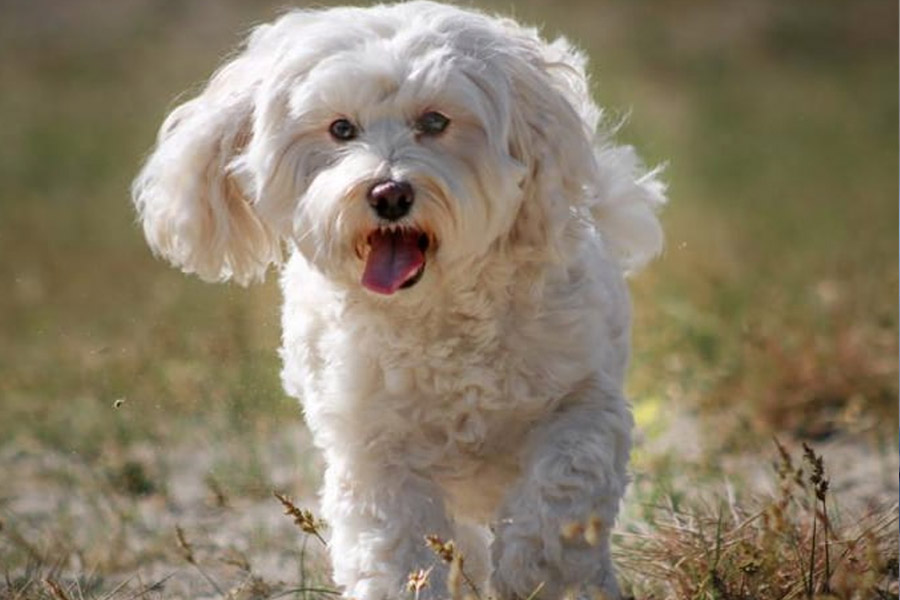 A cross between a Maltese and a Poodle is called a Maltipoo.

You may have encountered this cross breed at some point on the internet or social media, but they’re not as common as some other varieties of Doodles.

If you’re thinking about getting a Maltipoo, you’re probably curious to learn about some of the pros and cons of this particular cross breed.

In this article, we’ll hear from Maltipoo owners, such as Little Locke (@littlelocke), Daisy (@maltipoo_daisy) and Willow (@willow.the.maltipoo). 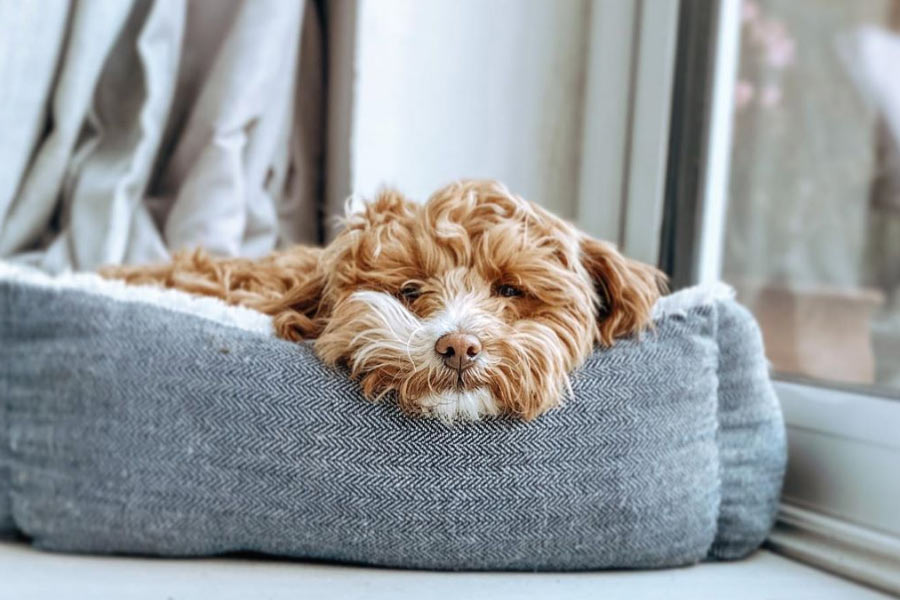 Maltipoo can make friendly and loving companion dogs. They’re a small mix that will enjoy developing a bond with their fellow family members. The Maltese breed are known for being loving dogs that like to give and receive affection from their pet owners. A Maltipoo can inherit this trait. If you’re looking for a dog to flop onto your lap or cuddle next to you on the sofa, the Maltipoo could be the right breed for you.

The parents of Insta-famous Maltipoo Locke gave us an insight into some of their little pup’s affectionate tendencies.

Locke is also so lovable and makes us smile with her silliness like giving us kisses and stepping on us to wake us up for breakfast in the morning.

While Poodles have earned notoriety for their low-shedding coats, one of the other key characteristics of this water dog is their high intelligence levels. The Border Collie is the smartest dog in the world but the Poodle is ranked at number two in The Intelligence Of Dogs. Maltipoo will usually be relatively smart dogs thanks to the influence of the Poodle genes. This means they should excel when it comes to training. It’s a good idea to lay down the ground rules when they’re still puppies. You can than build upon the foundations that you’ve laid. As smart dogs, Maltipoo will benefit from mental stimulation.

Locke’s parents admitted that training their Maltipoo was even easier thanks to this little lady’s interest in food.

As Locke is very food motivated, it’s easy to train her. We continue to train her to keep her mind sharp. She knows how to fist bump and can lick her lips on command when we say “yum.”

Maltipoo are usually considered a hypoallergenic cross breed. The American Kennel Club write on their website that while no dog is completely hypoallergenic, there are some breeds that have more hypoallergenic qualities than other type of canines. Both Maltese and Poodles are breeds listed on the AKC’S website as hypoallergenic dog breeds. They’re low shedding dogs so they don’t produce a lot of hair or a lot of dander, which are usually the two main allergens. Having said that, it’s worth remembering mixed breeds can be hypoallergenic to varying degrees.

For example, Daisy’s parents write that their Maltipoo doesn’t shed at all.

If you’re looking for a dog that can keep you company, Maltipoos can make an excellent choice. They like to be around their pet owners, with the Maltese breed sometimes described as a classic example of a velcro dog.

Willow’s parents explained why Maltipoos are great companion dogs in her experience.

Although these dogs can be small, they can still do well in a family setting. Of course, children will need to be educated on how to handle these dogs appropriately. While Maltipoo are playful dogs with moderate energy levels, they still need to be handled carefully.

Willow’s parents gave us an idea why Maltipoo can make great family pets.

They are amazing family pets, love people but even more so children. They love to follow you around, inquisitive, cuddly and playful. Also love other dogs and a happy dog.

Daisy is another example of a Maltipoo who likes to be around kids.

Daisy loves kids and is very patient with kids. She is so happy when the kids come in and she will do anything to get to play or cuddle with them. They adjust really quick I’ve got MS and there are days that I can’t do as much and she nows it immediately. 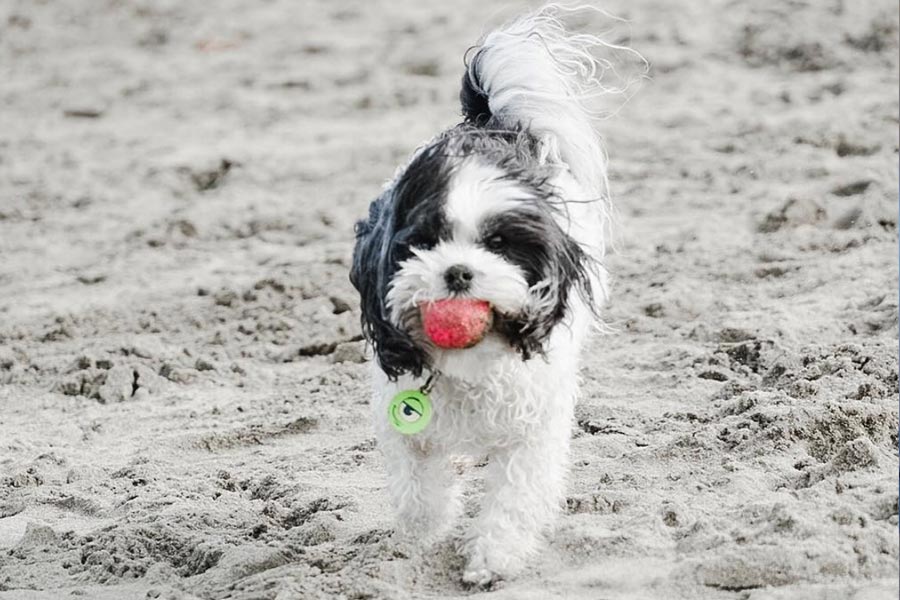 While Maltipoo are low-shedding dogs thanks to the influence of their hypoallergenic parents. Maltipoo may not shed a lot but this cross breed requires a lot of breed maintenance. It’s generally a good idea to brush your Maltipoo on a daily basis if possible. By doing so, you can remove dead hair, dirt and debris from their coat. This is a good practice to protect your Maltipoo from developing potential infections. Maltipoo can have coats that grow quite long, so they’ll need a trim every couple of months.

Locke, for example, visits a professional groomer every six to eight weeks.

Maltipoos have hair so they need to visit the groomer every 6-8 weeks to keep their fur free from mats. Also, don’t forget to brush your Maltipoo as the Poodle hair is curly.

Willow has her coat trimmed every two months during the warmer months.

Maltipoos are hypoallergenic and do not shed. They have a fairly long coat to be trimmed every 2 months or more in the summer.

Maltese can make excellent watch dogs but pet parents will need to make sure the barking doesn’t get out of hand. It’s a good idea to recruit an experienced dog trainer to help if your dog is barking too much. Some dog owners who live in urban area may be worried about upsetting the neighbours if their Maltipoo is barking a lot.

Little Locke, for example, is switched on when it comes to noises outside.

As great of a watchdog Locke is, sometimes if the wind is blowing hard or some other loud noise she will alert us.

Although mixed breeds are usually viewed as healthier than purebred dogs, they can still be prone to some health issues. For example, Maltipoo can suffer with some health problems that are associated with their Maltese or Poodle parent.

Other Cons are more with the typical health of Maltipoos, like teeth and hip issues, similar things with almost all small dogs.

Luckily Daisy doesn’t suffer from separation anxiety but some Maltipoos do. When Daisy was a pup, we learnt her to be alone for short times at a time, so you can teach them to be alone. You can teach a Maltipoo almost anything they are so intelligent.

Willow’s parents had a suggestion for pet owners who have struggled with this issue.

They love people and humans so much that they experience separation anxiety, but helps with calming supplements. 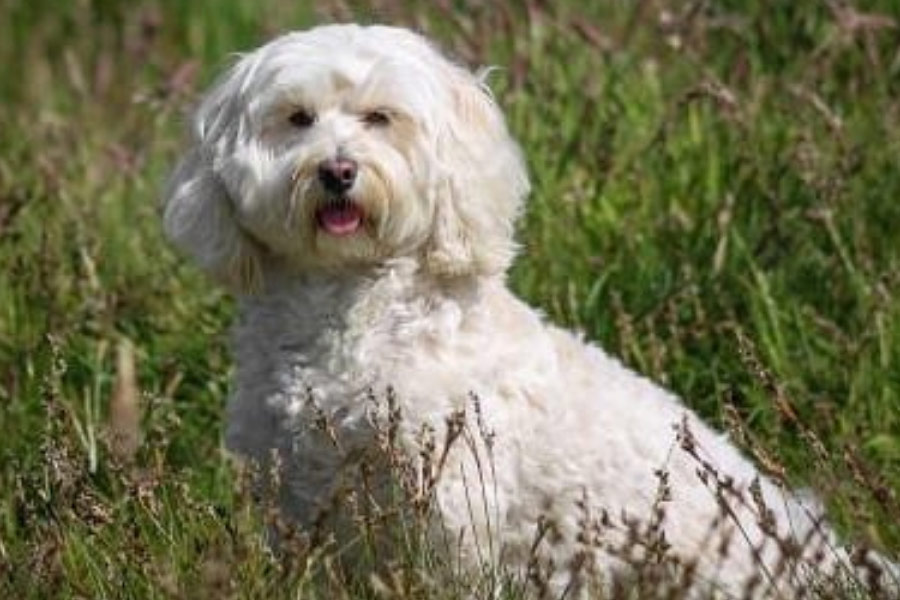 We’ve reached the end of our Maltipoo pros and cons feature.

Just like any type of dog, Maltipoo can come with their own unique set of pros and cons.

This mix breed can inherit traits from their Maltese and Poodle parent that are deemed as pros or cons.