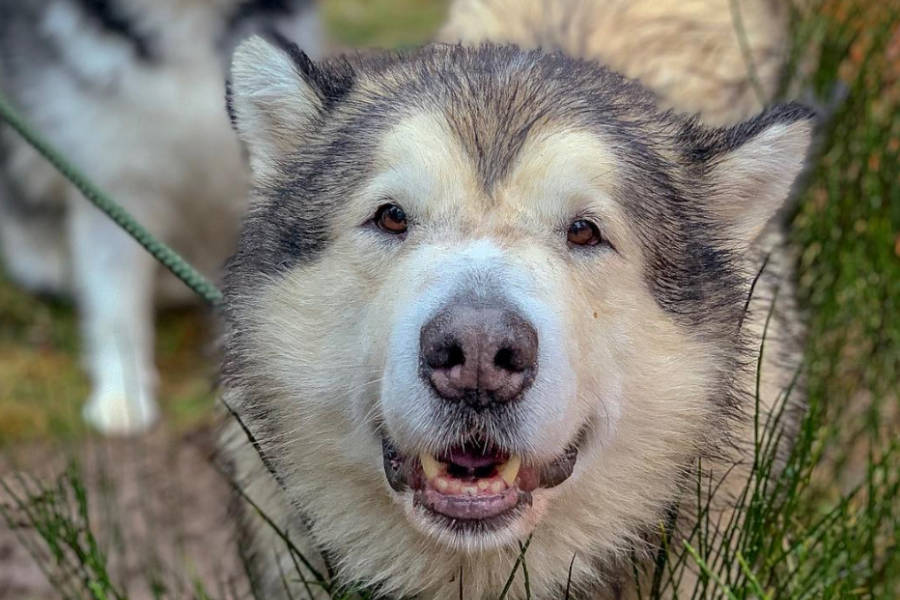 Alaskan Malamutes are big dogs that do shed.

They’ve got double coats that protect them against the harsh weather conditions of the upper northern hemisphere.

Alaskan Malamutes have an inner and outer coat to survive Arctic conditions.

However, these beautiful dogs will shed twice a year at the changing of the seasons.

It can mark a particularly challenging time for Alaskan Malamute owners.

In this article, we’re going to took at how much Alaskan Malamutes shed, what maintenance they require and the potential cost of grooming.

Let’s delve a little deeper into the world of Alaskan Malamutes.

What is an Alaskan Malamute?

Alaskan Malamutes are large, working dogs that are thought to be distant relatives of domesticated Wolves that ran with Palaeolithic hunters.

The Mahlemuit Inupiaq people have been credited with developing the early relatives of the Alaskan Malamute breed almost a 1,000 years ago. Indeed, the word Malamute is derived from these nomads who resided in in Kotzebue Sound in northwestern Alaska.

They served a purpose within the tribe thanks to their ability to haul heavy loads over long distances.

Alaskan Malamutes really came into their own during the Gold Rush in at the turn of the 20th century. Their ability to pull heavy loads on sleds made them a valuable commodity.

Their numbers dipped around World War II but the three different strains of Alaskan Malamutes were united by the American Kennel Club to trigger the breed’s resurgence.

As of 2019, the American Kennel Club list the Alaskan Malamute as the 58th most popular breed in the United States.

Alaskan Malamutes are big dogs that can grow to a height between 23 inches and 25 inches. These northern dogs can weigh up between 75 and 85 pounds.

The Alaskan breed can have markings that appear on their face, nape of the neck, on the collar or half collar.

White is usually the dominant color on their body, including the legs feed and face.

Mals should have almond-shaped eyes like Siberian Huskies. Their eye colors are usually different shades of brown.

On their appearance, the AKC add:

The head is broad. Ears are triangular and erect when alerted. The muzzle is bulky, only slight diminishing in width from root to nose. The muzzle is not pointed or long, yet not stubby. The coat is thick with a coarse guard coat of sufficient length to protect a woolly undercoat. Malamutes are of various colors. Face markings are a distinguishing feature. These consist of a cap over the head, the face either all white or marked with a bar and/or mask. The tail is well furred, carried over the back, and has the appearance of a waving plume.

There’s no such thing as a hypoallergenic dog breed. However, there are some dogs that are less likely to cause an allergic reaction. These could be low shedding dogs that don’t produce a lot of dander, such as the Poodle.

Alaskan Malamutes don’t feature in the list of hypoallergenic dog breeds on both the American Kennel Club and British Kennel Club’s website.

As we’ve already mentioned, they’ve got a double coat that is designed to protect against the elements. Their inner coat is dense and thick, while their outer coat is coarse and straight.

Alaskan Malamutes will usually shed twice a year at the changing of the seasons. They’ll require regular brushing during this time to remove dead hair and debris. The American Kennel Club recommend using an undercoat rake to help tackle shedding season.

What does Life With Malamutes say?

We spoke to the biggest Malamute Instagram account, Life of Malamutes, to learn more about Malamute shedding:

They blow their coats twice a year (at different times)! So four times a year in total! It lasts about two weeks and it’s horrible. It comes out in clumps and there’s no way to keep things clean. But other than that I don’t feel like they shed that much. The cat is worse than them put together on a normal day!

What maintenance do Alaskan Malamutes require?

The American Kennel Club say an Alaskan Malamute’s coat will require constant upkeep. The organisation recommend brushing a Malamute on a daily basis with a a pin brush and metal comb, all the while checking for mats, which can harbor fungus, and hot spots, which can become infected.

Respected dog walking company Wag Walking recommend brushing under their arms and neck and check for mats, which can also cause infection.

Other things Alaskan Malamute owners will need to consider are cleaning their dog’s ears, trimming their nails and brushing their teeth.

Some Alaskan Malamute dogs could require a trip to professional groomers.

Should I bathe my Alaskan Malamute?

Breeders will sometimes bathe their Alaskan Malamutes on a weekly basis if they’re going to appear at dog shows.

However, for regular Alaskan Malamute owners, you’ll only need to endure bath time about three or four times a year.

You’ll want to make sure you brush your Malamute during shedding season to avoid clumps of hair clinging onto their coats. They’re often dubbed “woolies”.

It is important to comb often to get the dead and old coat out for the health of the skin and so the dog will look presentable. If coat is not combed out, it will have the appearance of “molting” as seen on zoo animals during season changes (clumps of dead hanging fur remain in the coat and become dirty and matted). “Woolies” will not drop their coat – it will mostly all remain on the dog so it’s even more important to comb often and deeply to avoid matts.

Another maintenance requirement is regular exercise. The sled dogs will require around 90 minutes of exercise a day to keep them mentally and physically stimulated. 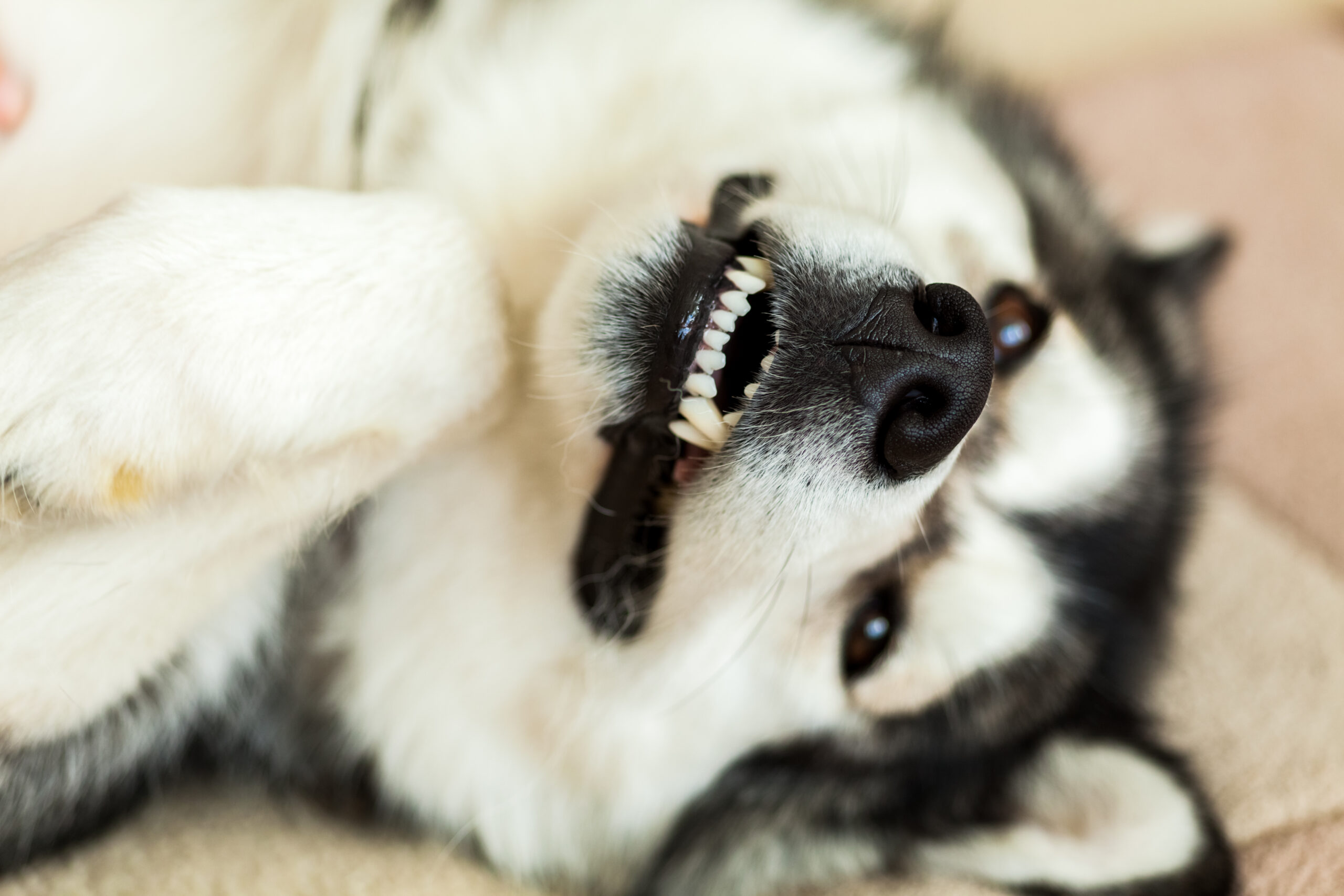 So there you have it, Alaskan Malamutes aren’t hypoallergenic.

Dog boots: Everything You Need To Know